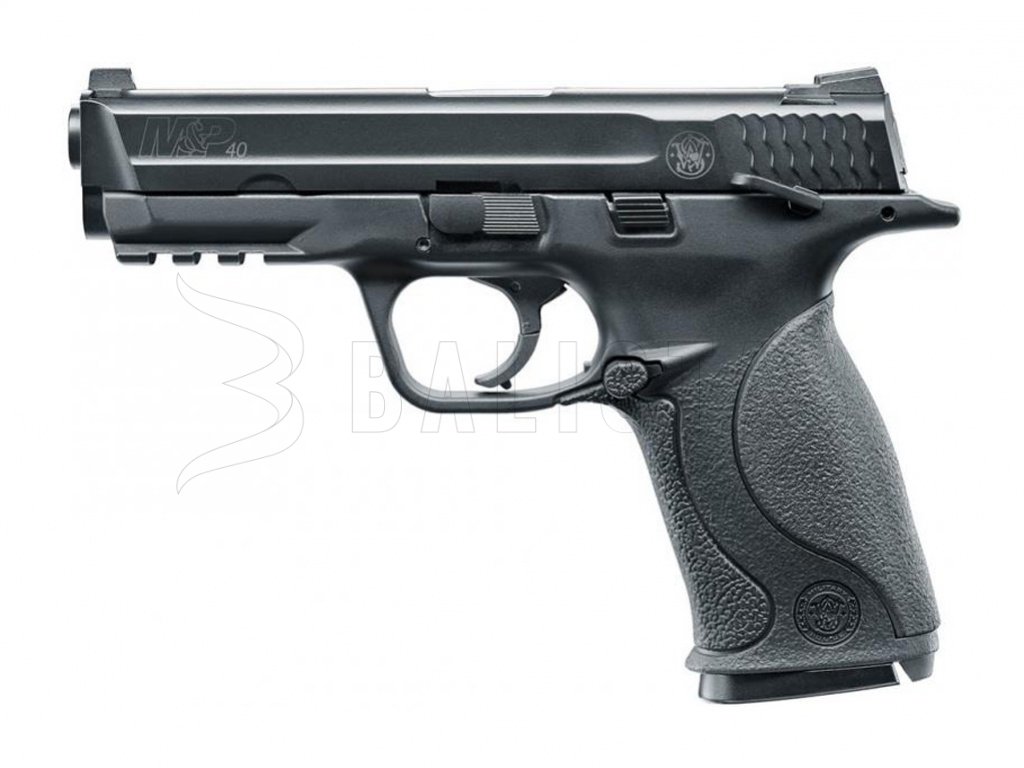 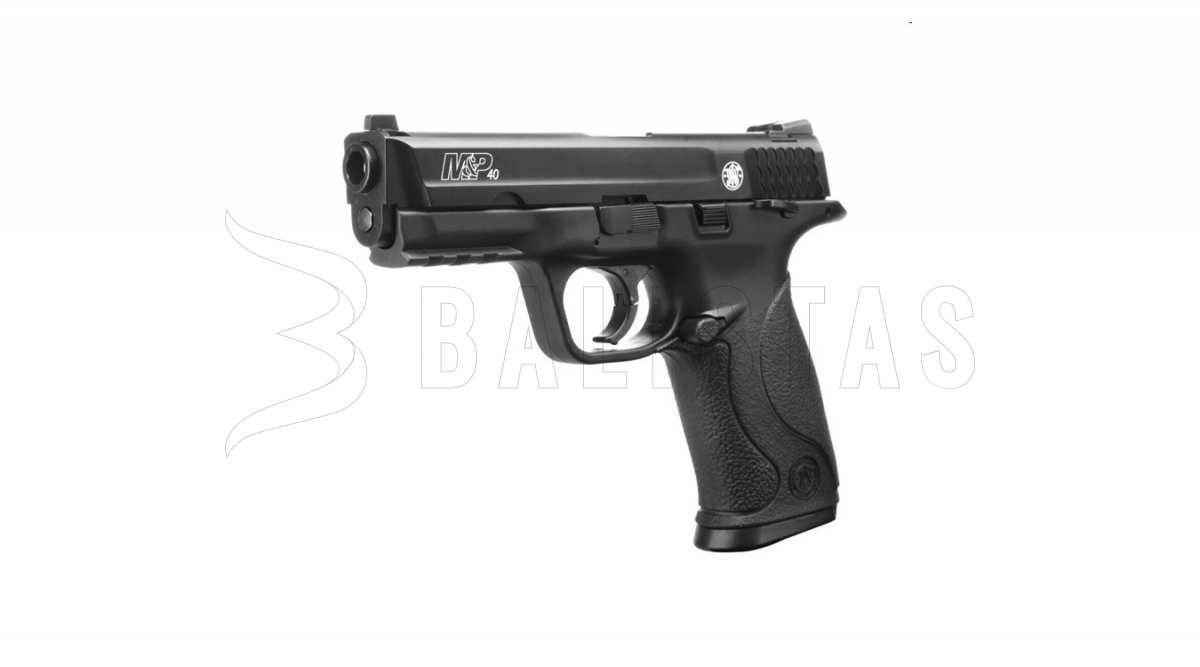 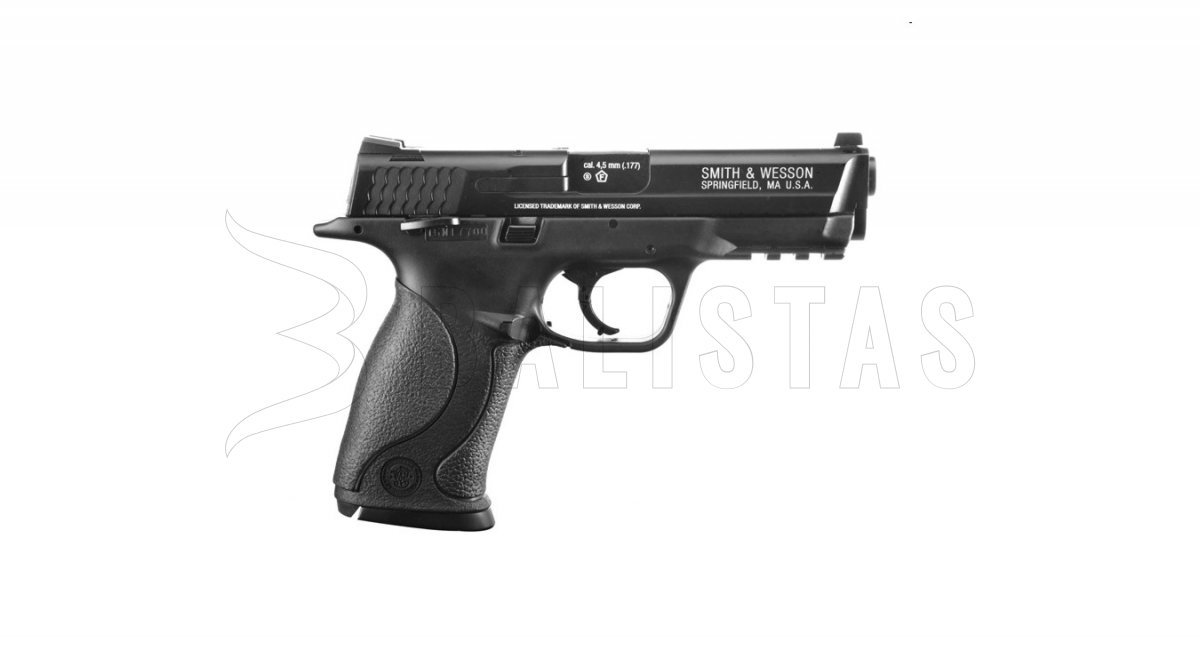 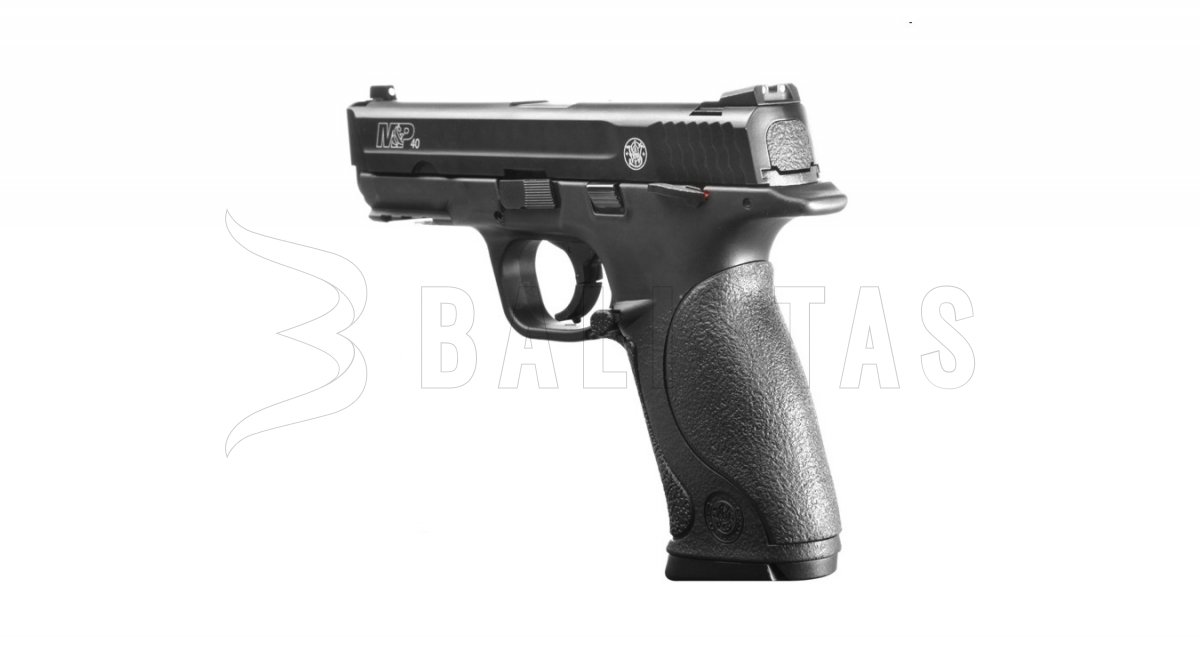 Air pistol with CO2 mechanism powered by one 12g bomb. The construction of the gun consists of a polymer frame and a metal breech.
More Info

This Item Is Currently Unavailable
Check Out Similar Available Products

The Smith&Wesson MP40 TS air pistol consists of a polymer frame and a metal breech. The breech of the pistol is equipped with a Blowback system, which imitates a live weapon by moving the breech. The internal mechanism is powered by a conventional 12g CO2 cartridge. The bomb is inserted directly into the metal magazine and then tightened with a nut. There are solid sights on the breech, on which special white dots are applied for easier aiming.

The trigger mechanism operates in Single Action mode. The trigger must first be cocked to fire the shot. Accidental firing is prevented by a manual safety. Thanks to the lower weaver rail, the pistol can be equipped with a tactical flashlight or laser sight.

This Product Is Listed in the Following Categories

Questions about the product (0) 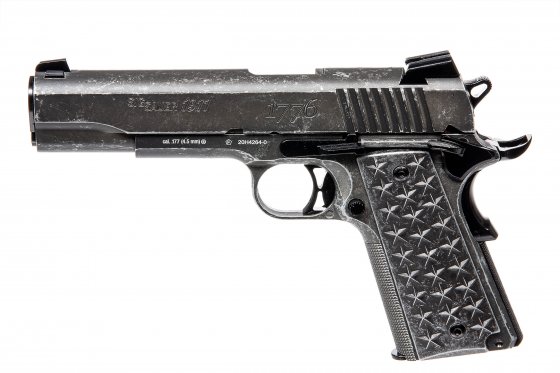 Many companies sell replica CO2 guns inspired by the legendary Colt 1911. One of them is SIG SAUER with its 1911 WE THE PEOPLE pistol. Read more. 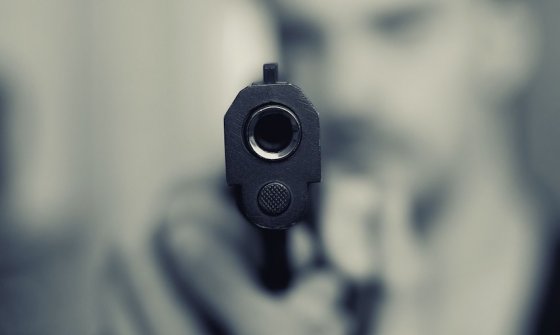