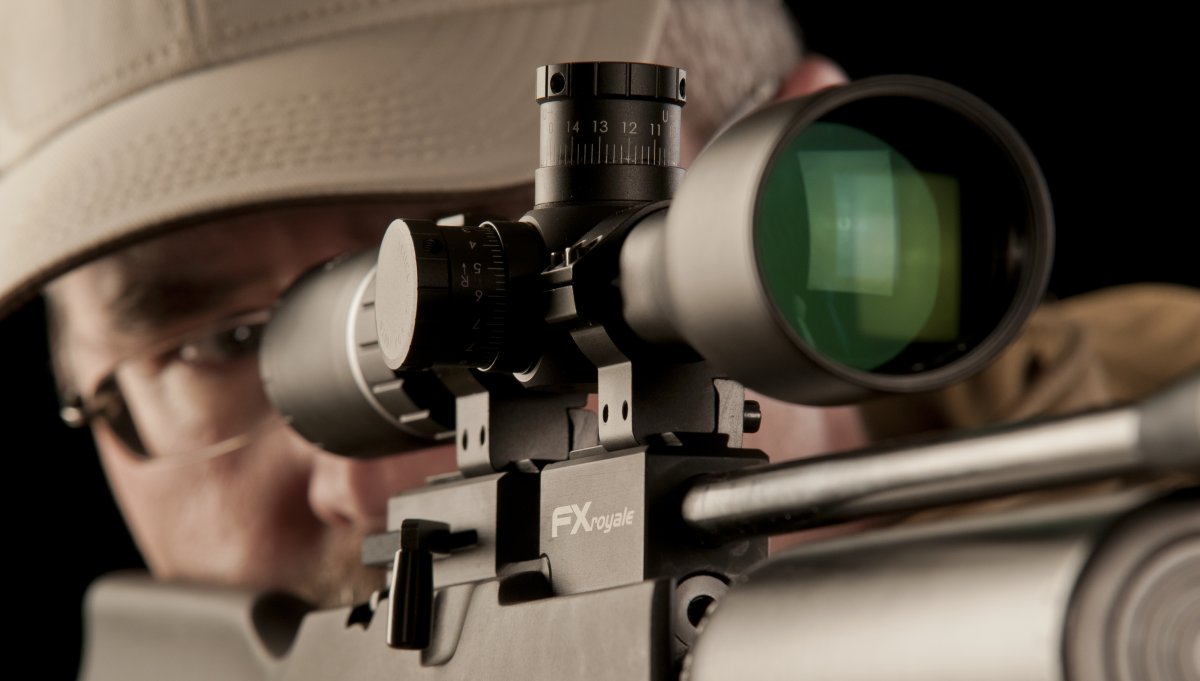 How to choose the correct rifle scope and red dot sight?

How to target quickly and accurately? Two basic concepts in the field of sighting optics are the red dot sight and the rifle scope. First, answer what you will be putting the optic on. Pistol or rifle? Do you want to shoot short or long range? What is the size of the target? If you're clear on these questions, we can move on to choosing a scope.

When aiming with a collimator, both eyes are used. The shooter gets a better view of the surroundings, aiming is much easier and faster than with a scope. Ideal for action shooting. Operation of the Red Dot is simple and fast. These sights work on the principle of a battery that transmits a red light dot to the slide.

Red dot sight is more for larger targets and shorter distances. It is most often referred to in the context of a tactical sight. This is because it generally does not zoom and is more suited for tactical pistols and rifles such as the Sig Sauer MPX.

This type looks like a rifle scope, but is much shorter. It is suitable for the aforementioned Sig Sauer MPX tactical rifles due to the smaller field of view. The rifle cheekpiece will make aiming through the eyepiece of the collimators faster and easier. 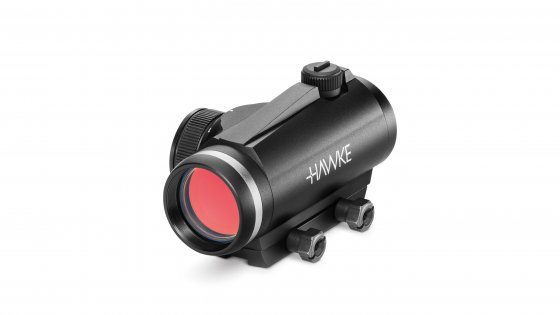 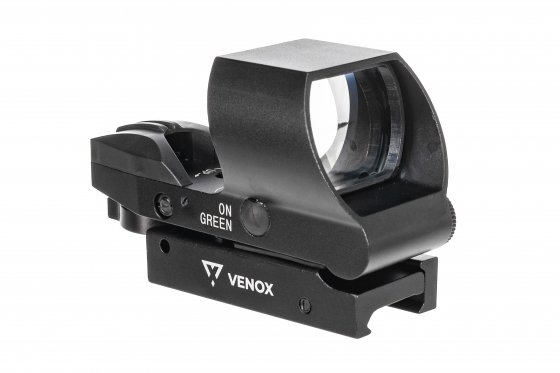 The light point is transmitted to the glass slide, which is extended in the front. This type is an excellent choice for conventional pistols. Due to the large field of view, you do not have to keep the sight at an exact distance and level from your eye.

If you are looking for a product that perfectly meets the requirements of today, we recommend the Valiant Micro PointSight Red Dot model. One of the smallest collimators on the market, you can use it not only on airguns, but also on weapons that fall under the firearms license category. The manufacturer has no limitations here!

The choice of a rifle scope is often underestimated. Many shooters who invest in guns then reach for unsuitable optics. On our website you will find riflescopes with different markings such as Valiant 4-16x50 SF SIR FBR. We will explain what the numbers and letters mean.

The Valiant 3-9x40 AOIR version indicates a 3-9x zoom. The riflescope therefore gives you a maximum of nine times zoom. This parameter is important when making your choice. If you want to shoot at long distances, a riflescope with a higher number such as the Valiant 5-20x50 is better.

Parallax is simply used to sharpen the image on differently distant targets at different magnification settings. Another advantage is that when focusing with parallax you know how far away the target is. 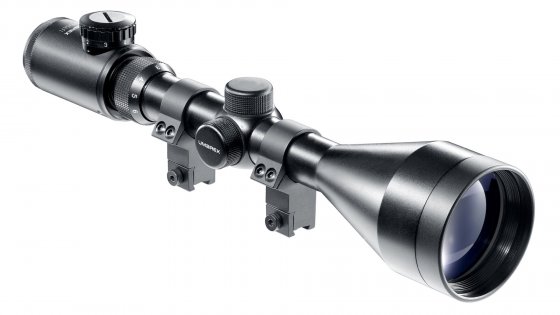 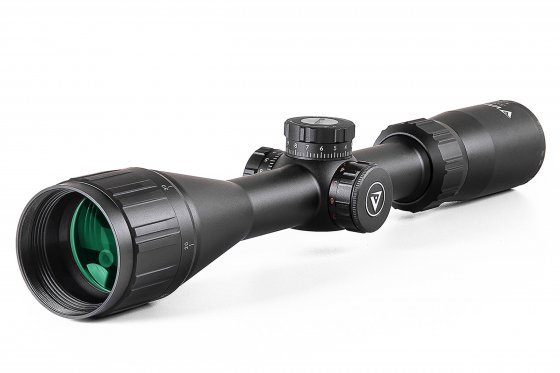 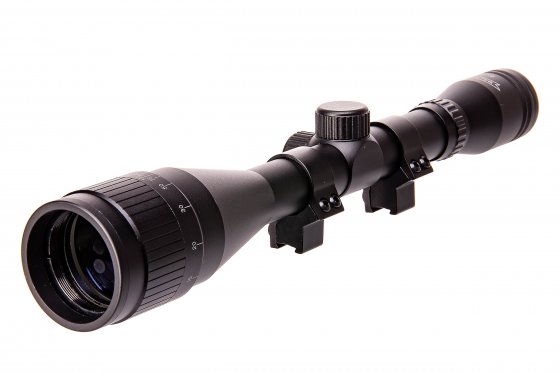 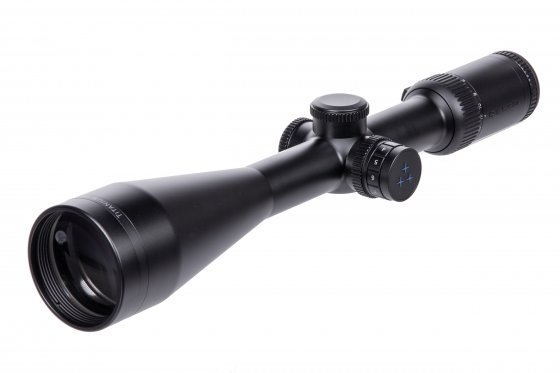 Riflescopes are available in two basic tubes with a diameter of 25.4 mm (1") and 30 mm. The former can usually be found in the lower ranges. This is not a disadvantage, some shooters require the lower weight and lower magnification. The second tube is used extensively in the higher ranges. The advantage is the greater luminosity of the rifle scopes. However, they also have a higher weight.

The lens of rifle scopes - the last number in the name - indicates the size of the exit lens. In the case of the Valiant 4-16x50 riflescopes, it is 50 mm in diameter. The size of the lens affects the luminosity of the riflescope. If the number is higher, more light is refracted on the lens, which will provide a sharper image. When using the riflescope in the early evening, the lens size will also give you a clearer image for longer.

This parameter is used by shooters with eye defects. It allows setting the dioptric range. This eliminates the need to wear dioptric glasses when shooting.

The crosshair is used for precise hitting. They can be divided into two basic types.

Wire is more commonly used in the cheaper ranges.

Manufacturers customize the crosshairs to suit their own needs. One example is Valiant. It offers two types, which were created according to the requirements of shooters. The first model is called FBR. Its advantage is the stretching of the dots at the bottom of the cross. When shooting, the shooter has more options for shooting at a longer distance.

The second type is called HFT. As the name suggests, it is a crosshair for the sport discipline of HFT. It is shot at various distant targets where the shooter does not know their exact distance. This system can be transferred to normal home shooting, where we also usually shoot targets and do not know how far they are. 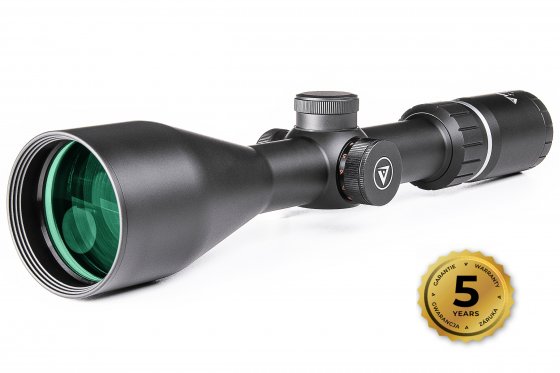 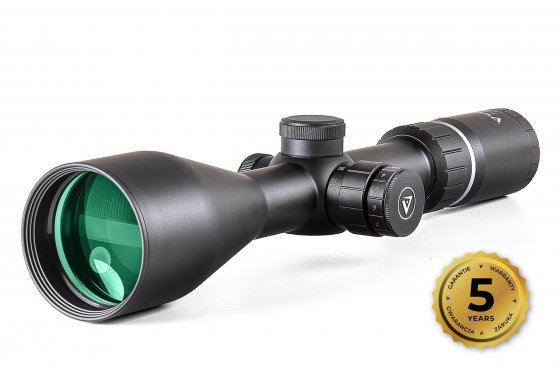 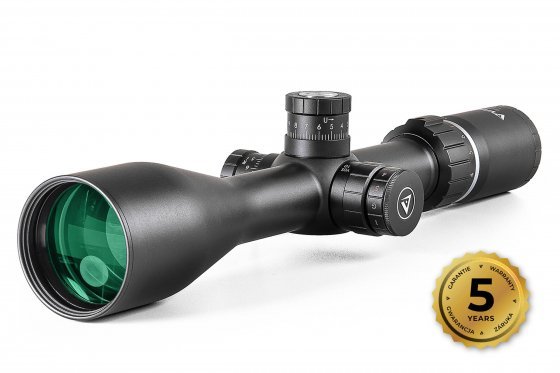 ASK YOURSELF A FEW QUESTIONS BEFORE BUYING A SCOPE

1. At what distance will you use the rifle scope?

If you are shooting at various distances up to about 30 m, we recommend using a 3-9x40 riflescope. It provides sufficient magnification.

If you use the gun at maximum distance, we recommend one of the most used magnification 4-16x50.

2. What targets will you be shooting at?

3. What brands are good quality?

Valiant has introduced riflescopes in recent years that outperform the competition, especially in the quality/price ratio. The workmanship of the glass crosses and tubes reaches the level of brands such as Hawke, Vortex or Optisan. Valiant has built its lines to be suitable for all guns without performance limitations. The manufacturer's price and line ranges are plentiful. Thus, you can easily find a suitable optic for yourself.

The range also includes the world's major manufacturers such as Walther, Sightron, MTC and others. 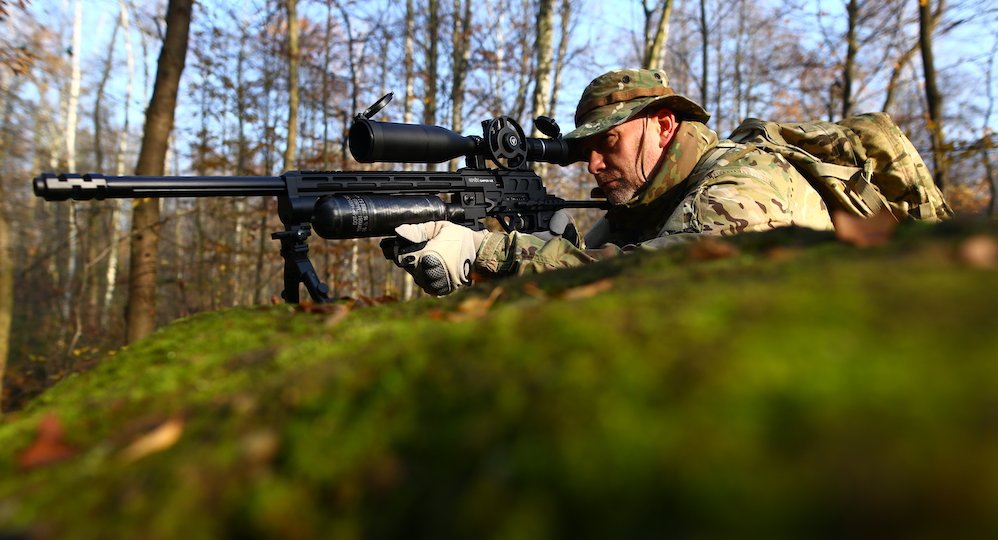 First, find out what kind of mounting groove(s) your gun has. For air guns, this is usually 11 mm. The second step is to determine the mounting height. We always recommend that the mount be as low as possible, that is, that the lens be as close to the body of the gun as possible. Mount height is given in mm and is measured from the bottom of the eye to the body of the gun. 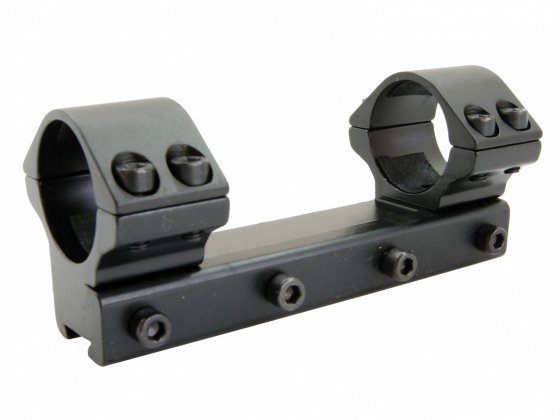 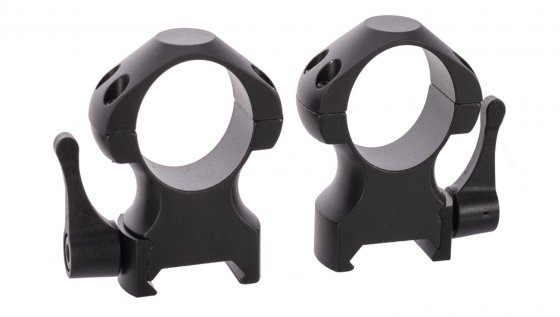 They are recognisable at a first look. It is a one piece block that is stronger for rifles with stronger recoil.

Due to its lightness and variability, the two-piece mount is the more common type. It is more recommended for PCP and CO2 guns as they do not suffer from shocks like guns using a spring. A popular manufacturer is Raven. The company has a large selection of these mounts.

Some manufacturers supply the mounts from the factory, so we recommend checking the contents of the package first.

If you need any advice on selection or anything else, we will be happy to help. You can find us on +420 591 140 535 or in our brick-and-mortar shop in Hlucin, where you can try out the riflescopes and collimators in person.